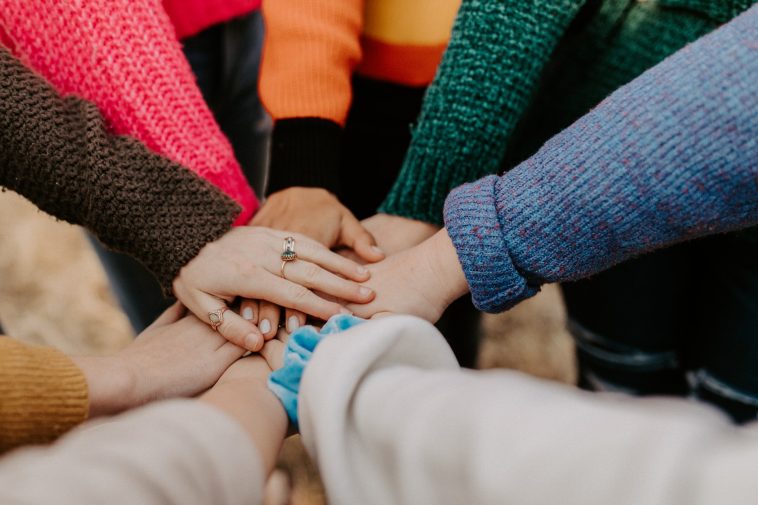 Photo by Hannah Busing on Unsplash

This week’s top stories include the concerning decision of the Taliban which requires all women to cover their faces, survey results on abortion in the USA, Mother’s day ad from Amazon winning hearts and more.

1. Burqas must be worn by women in public under Taliban rule

Various restrictions have been implemented by the Taliban authorities in Afghanistan, the latest of which requires all women to cover their faces. The directive, released on May 7 at a news conference in Kabul, demands women to only reveal their eyes and suggests that they wear the head-to-toe burqa. Failure to comply will result in reprimands, imprisonment, or termination from government posts for a woman’s father or closest male relative, according to the order.

“The proclamation contradicts various assurances that Afghans’ human rights, including women’s, are respected and protected,” UNAMA stated. UNAMA plans to talk to representatives of the Taliban to clarify the status of this decision.”

The State Department of the United States also expressed worry over the deterioration of women’s rights in Afghanistan. In a recent statement, a spokesperson expressed concern that Afghan women and girls are losing rights and achievements they’ve earned over the past two decades.

Since the Taliban’s return last August, girls have been barred from attending education beyond Grade 6. Authorities closed girls’ high schools on the morning they were set to open in March. However, private schools and universities have continued to function in Kabul. Since the Taliban’s takeover and the abrupt, chaotic withdrawal of US forces, the US and other countries have reduced development funds and imposed tight banking restrictions.

The Lokra Batallion held a lecture on women empowerment for the females of Sonitpur district on Thursday at Lokra Garrison, in collaboration with the Headquarters 21 Sector Assam Rifles and the Headquarters Inspector General Assam Rifles (East). The purpose of the lecture was to educate local youngsters on various policies implemented by the Government of India for the welfare and advancement of women in many professions. In addition to learning how women play an important role in the progress of the country, the youths were also educated on this matter.

During the ceremony, Assam Rifle ladies who are members of the Directorate General Assam Rifles Judo Team offered motivational speeches. A total of 14 females took part in the event with zest and fervour.

3. Survey: The United States of America and its abortion dilemma

In the United States, the abortion controversy is sometimes depicted as a legal divide, with “pro-life” people on one side wanting to limit abortion access and “pro-choice” people on the other opposing government restrictions on abortion. Despite this, as the country approaches what may be a watershed point in the country’s history regarding abortion laws and policy, few Americans take a solid stand on abortion, either supporting or opposing it on principle, regardless of the situation. A new Pew Research Center survey explores in detail the nuances of the public’s attitudes on this issue.

As in the past, more Americans (61%) say abortion should be legal in all or most cases than believe it should be illegal in all or most cases (37 per cent). Furthermore, the public view may be influenced by how early an abortion occurs in a woman’s pregnancy, whether the pregnancy is life-threatening, and whether the child would have severe health problems if born. Many people appear to be conflicted about this issue, according to evidence. In addition, half of Americans who support abortion rights, in general, say that abortion should be legal in most or all instances.

3. Amazon releases an ad for the dedication of Mother’s Day

Amazon unveiled a new promo on Thursday in honour of Mother’s Day, as the day comes near. The e-commerce brand’s latest advertisement, which praises female delivery partners, is gaining popularity on the Internet. The 30-second commercial depicts a lady kissing her child good morning as she rides her scooter out of the house. The camera follows her as she walks through her neighbourhood’s empty roads to the city’s crowded streets. A brief peek of her helmet reveals the Amazon logo, while male onlookers on the street follow the woman and her scooter.

Soon after, the camera captures a clear view of the woman carrying a large delivery bag as she goes door-to-door making deliveries while stunned clients watch in surprise and disbelief. Women, schoolgirls, on the other hand, grin at the woman’s delivery partner as they pass her on the street during her workday.

These talented creatives, chosen from a competitive pool of candidates, will benefit from a series of mentoring sessions led by internationally acclaimed animation experts, as well as 1:1 coaching sessions that will prepare them to pitch their projects in the upcoming 2022 Annecy International Animation Film Festival and Market.

“For more than 25 years WIA has been on the frontline of gender equity in animation, fighting for the empowerment of talented yet underrepresented artists and creatives in the industry and advocating for a more just and equitable system for our global field,” said Marge Dean, WIA president. “Stories x Women gives these deserving creators the support they need to bring their stories to life. We’re thrilled to be part of such a wonderful initiative that champions our mission of bringing together the global animation community to empower and advocate for people of underrepresented gender identities in all facets of the industry.”

Chelsea won the Women’s Super League with a brilliant 4-2 come-from-behind win over Manchester United to secure their third straight league title and fifth in seven years.

For the third season running… @ChelseaFCW are #BarclaysFAWSL CHAMPIONS!!! 🏆 pic.twitter.com/v61EHLKlKI