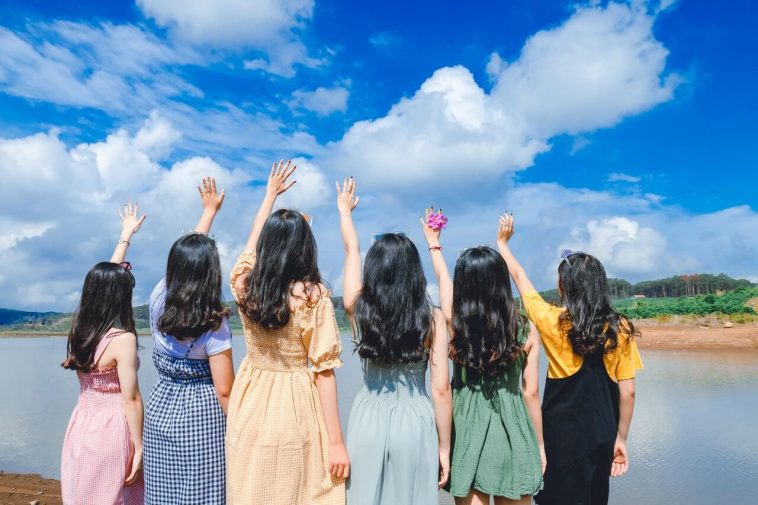 Women all around the world are making rounds with their accomplishments and raised voices. This week’s top stories include the withdrawal of a controversial circular by SBI, release of a pictorial book on women freedom fighters, Ash Barty ends a 44-year long wait for the Australian Open 2022 and others.

Without much delay, let’s catch up with the top stories concerning women this week.

Amar Chitra Katha is pleased to announce the launch of the new title India's Women Unsung Heroes, published for the Ministry of Culture as a part of Azadi Ka Amrit Mahotsav. pic.twitter.com/1ga9jkG3xb

The Ministry of Culture, in collaboration with Amar Chitra Katha, will issue three graphic books on 75 unsung heroines of the liberation fight as part of the Azadi Ka Amrit Mahotsav festivities this year to highlight the role of unsung women heroes who contributed to the freedom movement.

Meenakshi Lekhi, the Minister of State for Culture, unveiled the first of the series in the national capital on Friday. While the entire series will chronicle the lives of 75 such figures who battled for independence, the first instalment will focus on 20 women whose achievements are usually overlooked.

Rani Abbakka, the first Tuluva Queen of Ullal who battled the Portuguese in the late 16th century; Matangini Hazra, a Bengali revolutionary who was killed by British Indian police in September 1942; Chakali Ilamma, whose act of defiance against the local zamindar became an inspiration for many during the Telangana rebellion; and Parbati Giri, dubbed “Mother Teresa of Western Odisha” for her role as a prominent female freedom fighter in the state.

For the first time in nearly three years, Iranian women were permitted to watch a football match involving their country’s national team in a Tehran stadium on Thursday. For over 40 years, female spectators have been forbidden from football and other stadiums in the Islamic republic. Women must be guarded against the male environment and sight of semi-clad men, according to clerics, who have a big role in decision-making. For the first time since then, 2,000 of the 10,000 tickets for the 2022 World Cup qualifier between Iran and Iraq were reserved exclusively for women on Thursday.

3. Duty hours cut from 12 to 8 hours for women policemen in Maharashtra

The job hours of women officers in Maharashtra have been reduced from 12 to 8 hours, which is wonderful news for them. Sanjay Pandey, the state’s Director General of Police (DGP), has issued an order in this respect. Shorter working days will be adopted on a trial basis.

DGP Pandey stated two reasons in his order: the emotional and physical health of female officers and the fact that they do not spend enough time with their families. According to the DGP, this will benefit female officers in preserving their health. Earlier, the Maharashtra DGP received multiple pleas from female officers in various cities, and a decision was reached after a debate.

The country’s largest lender, State Bank of India (SBI), retracted a contentious circular on January 29 that prevented women over three months pregnant from applying for positions at the bank. In light of public emotion, SBI has decided to put the updated instructions on recruiting pregnant women candidates on hold and stick to the existing guidelines, according to a statement from the bank. The bank was forced to act when the Delhi Commission for Women intervened in the case and demanded an explanation from the bank. The conduct looks to be discriminatory and unlawful, according to the Delhi Women’s Commission, since it contradicts the maternity benefits granted under the ‘Code of Social Security, 2020.’ The rule makes a distinction based on gender.

Meta said on Friday that it has teamed with the Federation of Indian Chambers of Commerce and Industry (FICCI) to empower and assist 5 lakh women-led small businesses throughout India through its #SheMeansBusiness campaign. The statement was made during Meta’s first National Women Entrepreneurship Summit, which aimed to foster industry discussion about how to help MSMEs across industries. Meta stated it will provide help through three initiatives as part of this partnership: Facebook Business Coach, Whatsapp, and Meta’s Commerce Partners Program.

6. Ash Barty ends 44 year-long wait for the win for home as she wins Australian Open 2022

YS Jagan Mohan Reddy, the chief minister of Andhra Pradesh, launched a direct benefit transfer (DBT) initiative for the financial upliftment of women from the Economically Backward Classes (EBC) among open category workers on Tuesday (OC). The chief minister deposited 589 crores into the accounts of 392,674 female recipients. The state government would offer 45,000 to each woman from an OC community between the ages of 45 and 60 in three instalments – 15,000 per year for three years – under the most recent proposal. The initiative, according to Jagan, sought to improve the livelihood and financial empowerment of women in the EBC group.