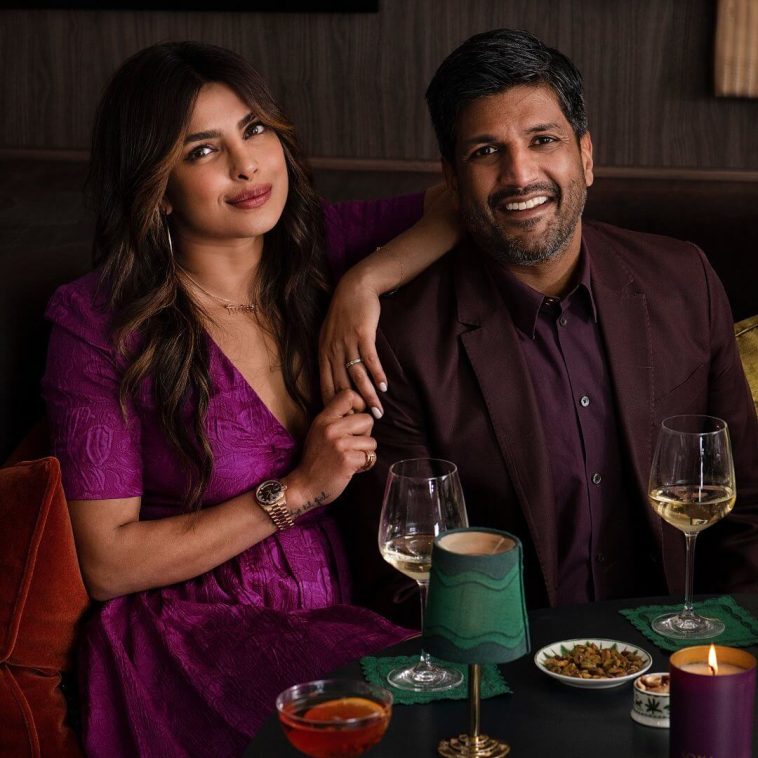 Priyanka Chopra Jonas has always viewed Sona, her firm, as an overall experience rather than just one location or thing. She and Maneesh Goyal, her business partner, first became friends over their goal to provide a tasteful portrayal of India in American culture. According to Chopra Jonas, “I wanted to see the luxury of India that I grew up with, and that I’ve seen in my travels.”

Sona, a restaurant in New York City’s Gramercy area, opened in March 2021 with “Indo Deco” décor, a carefully curated art collection, and an upmarket menu that includes crab puri with caviar as the first realization of that aim.

A 45-piece tableware line that encompasses everything from dinnerware to fabrics to bar accessories was created by Chopra Jonas and Goyal. Chopra Jonas quips that it’s in her and Goyal’s DNA to enter the entertainment industry: “We both love hosting. It’s a very Indian thing. Our tables only get larger with more people,” she says. “Growing up, we were always around cousins, family, and friends in a cacophony of laughter and food.”

Sona Home does have a certain and deliberate universality despite its homages to India. Chopra Jonas says, “The roots are entrenched in Indian culture, but the tabletop doesn’t necessarily look like the stereotype of India.”

Although the collection has many everyday items like cereal bowls and coffee cups, it is really designed for those of us who throw dinner parties because it also contains serving bowls, wine coasters, bread baskets, candelabras, and a gilded bottle cooler. The latter is Chopra Jonas’ favorite; according to her, “I always have it out at every party,” she says. Maybe she’ll inspire you to do so, too.

As much as I love reading as a human and a literature student, writing always creates a safe space for me. Through my writings, it feels I can be transparent with myself and my emotions. Love writing on topics - current affairs, entertainment and travel.