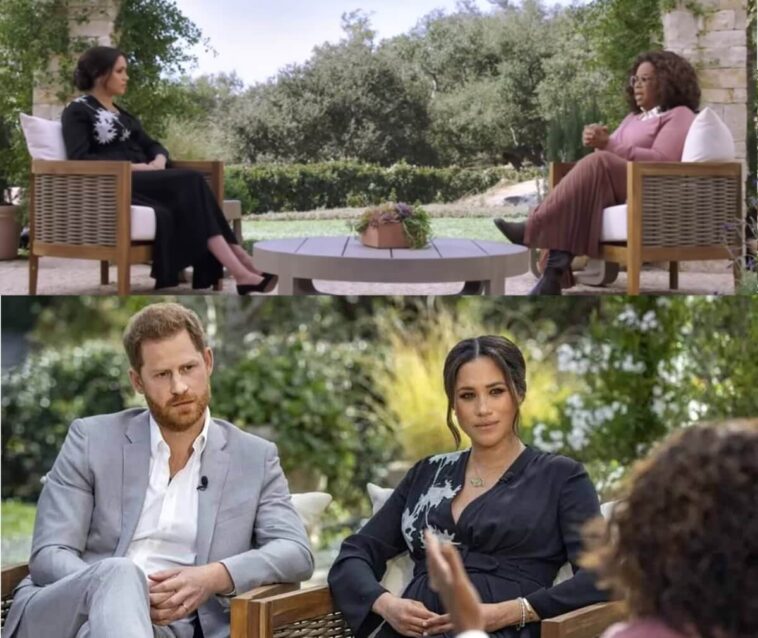 Prince Harry and Meghan Markle appeared for an interview with the host Oprah Winfrey where they discussed their present life, some past issues and what’s next for them after deciding not to be part of royal duties anymore. Here are some of the highlights from their interview.

Meghan Markle revealed that her child colour was the discussion point with one of the royal members before his birth. Also, she mentioned in the interview that she was told by the same royal member that her child’s different colour can possibly not give him the royal title and this could result in not getting any security for him. She clarified that this affected her mental health. And the reason to be no more part of the British monarchy was the racism issue according to Prince Harry and Meghan Markle. After that, they step down from their royal duties of the monarchy to live a normal life. That’s the reason, the couple shifted from Britain to the USA.

Prince Harry talked about how now he can do normal things which were not possible earlier – from going to beaches to trekking with his son, wife and dog. Also, he mentioned that he is happy that his son Archie is enjoying a normal childhood which he missed because of being in the media spotlight.

Meghan Markle also clarified that she didn’t make Kate cry instead Kate did so over a disagreement about flower girl dress before her wedding. Later, Kate apologized to Meghan and she accepted her apology too.

Prince Harry confirmed that he had some issues with the royal family. Plus, he felt let down by his father Prince Charles during the period of his stepping down from the royal duties as the latter stopped picking his calls which were disappointing for him. Although, he said that now they are talking and working to rejuvenate their bond which seems to be good progress.

Although the official statement from the whole royal family mentioned that they were saddened to hear about all the challenges which Prince Harry and Meghan Markle gone through and are definitely going to look into the matter.

Pursuing her doctorate studies, Swati always looks for unexplored potential in different genres and love to pen down her thoughts. She also enjoys reading about gadgets, technologies, historical art and culture.