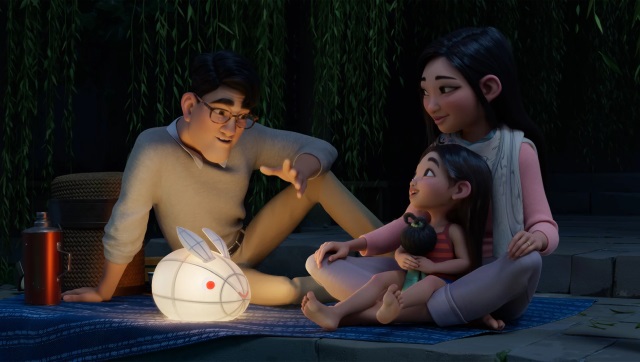 Successful in keeping a tab on your kid’s screen time? Well, if your answer is a ‘No’, worry not. We can certainly filter what to show them and not have them always take control of the remote. OTT platforms are filled with numerous choices with great takeaway lessons for your little ones.

So, if you are planning to show your kids movies which you too can enjoy with them, we’ve got your list sorted. Grab some homemade popcorn and get started right away.

This 1996 classic isn’t just my kid’s favourite, my entire family loves this movie. An apt flick for a lazy Sunday afternoon. Based on Roald Dahl’s popular book, this fantasy explores themes of youthful independence and personal identity. Matilda revolves around a small girl who has powers and how she comes out of her ruthless family and fights her child-hater principal, Miss Trunchbell, eventually finding her way to an incredibly intelligent & pretty teacher, who adopts her in the end. The teacher and student relationship between Matilda and Miss Honey are just so wonderful that you go back to your childhood just to live this dream. Mara Wilson (Matilda) has done a wonderful job and so has Embeth Davidtz (Miss Honey) as a caring, compassionate teacher. You will yearn to pick up the actual book after watching this movie.

2. Dora and The Lost City of Gold

Here’s your ultimate chance to live the characters, whose unquenchable thirst for education knows no bounds. Face the ultimate test: Adjusting American High School. The movie is an adaptation of the famous Nickelodeon show, Dora The Explorer. Dora is raised in a jungle by her parents played by Eva Longoria and Michael Peña. When she shifts to the city to study, she realizes her ways of living are not considered normal in the city. The action begins when she gets kidnapped along with her high school friends and a daring adventure begins in the jungle. Dora, played by Isabela Merced, perfectly fits into the character and brings out energy, charisma and excitement. My little one loved her jumping in the jungle, her hairdo and how adventurous she is throughout the film.

The strength of the film lies in its storyline. Gunjan Saxena – The daredevil lady is here to steal the hearts of everyone else. Pretty realistic & unconventional, Gunjan Saxena lives up to the courageous acts of the actual lady. We have heard stories of Kargil heroism, but this one is unique as the story of Lieutenant Gunjan Saxena, played by Janhvi Kapoor, is the first Indian Air Force woman officer who went to war and saved the lives of several Indian cadres. She flew the mighty Cheetah aircraft into the combat zone to save nearly 1000 soldiers. The first part of the film focuses on an effervescent father, played by Pankaj Tripathi, and his relationship with his daughter depicts subtlety. The supportive, motivational father is always encouraging his daughter to achieve her dreams. Janhvi Kapoor has done a fabulous job as Gunjan and wins hearts across all age groups.

The film sparks the energy of a different kind. It is all about the new generation, the wacky, moody kids of superheroes, particularly Missy Moreno (YaYa Gosselin), who is the daughter of Marcus Moreno (The Mandolarian’s Pedro Pascal – Also appearing as a supervillain in Patty Jenkins’ Wonder Woman 1984). The grown-up superheroes headquarters forms a base for their madness and GenZ kinda activities. Things get serious when the kids realize that they have to save the world from an alien invasion.

The film revolves around a family and its connection with the lunar new year. The movie grips you from the word Go. This is a story of a cute little girl called Fei Fie who lives with her family of bakers specialising in moon cakes. While she was happily living with her family she loses her mother and somehow she can’t accept her father’s new love interest. The only thing she can hold onto is her fairytale told by her mom about Changa.

The movie takes the children on a new adventure when Fei Fie decides to travel to the moon with the rocket designed by her. It also gives out a nice message of how one can deal with depression after losing a parent. It will definitely keep you and your child engaged with its neon colours, songs, all things space and a lovely message of acceptance.

Smita Diwan is a Media & Communication evangelist with 15+ years of steady growth. She has served across diverse verticals of Broadcast Journalism, Corporate Communications, Digital Media and Public Relations. A fitness enthusiast, Smita devotes her ‘rare’ free-time to yoga and meditation. As she strongly believes that the right balance is the key to steady growth.