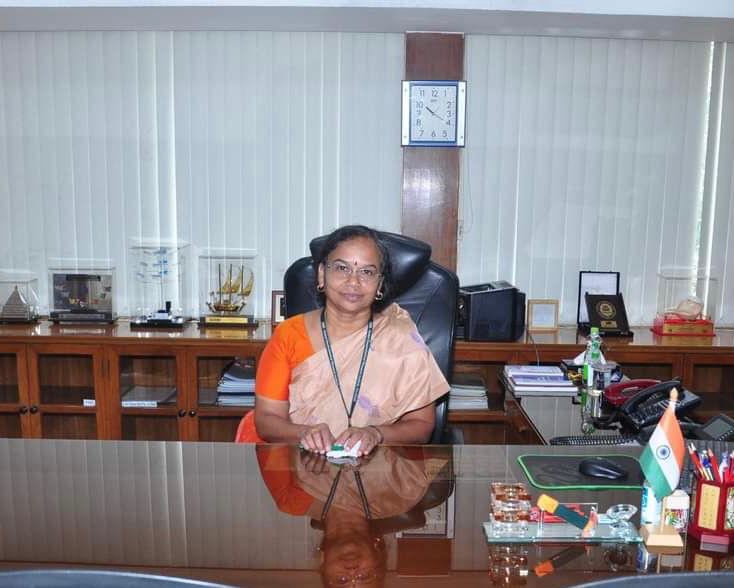 Senior electrochemical scientist Dr. Nallathamby Kalaiselvi  was appointed as the first female Director General of the Council of Scientific and Industrial Research (CSIR). On Sunday, she was given the role at the CSIR, a grouping of 38 national state-run research institutions.

Dr. Kalaiselvi Known for her work on Li-ion Batteries

Dr. Kalaiselvi has 25 years of experience in the field, with a primary focus on electrochemical power systems, including the development of electrode materials, specially designed synthesis methods, reaction parameter optimization, and electrochemical evaluation of internally prepared electrode materials for their suitability in energy storage device assembly. Lithium batteries, supercapacitors, waste-to-wealth-driven electrodes, and electrolytes for energy storage and electrocatalytic applications are among the topics of her study.

Her Contributions to the Scientific Field:

Additionally, she has contributed to more than 125 research articles, six patents, eight research scholars who have earned PhDs, and six other researchers who are now working on their PhDs. She has also received the Most Inspiring Women Scientist award, the MRSI prize, the CSIR Raman Research Fellowship, the INSA-NRF Exchange award, and the Brain Pool Fellowship of Korea.

Dr. Kalaiselvi is currently working to build sodium-ion/lithium-sulfur batteries and supercapacitors. She was formerly a CSIR-CECRI nominee. Since being nominated, she has actively engaged in meetings held by MNRE and TIFAC at various levels, beginning in 2015, to discuss the implementation of e-mobility in India with significant domestic technology support from CSIR and particularly from CSIR-CECRI. According to the Institute, Dr. Kalaiselvi worked with TIFAC-identified academic, research, and industrial partners to prepare the Technical Report on NMEM (National Mission for Electric Mobility). She also coordinated this effort from CSIR-CECRI and also contributed to the Mobility Mission Concept Note started by MNRE.

Numerous well-known people, including the vice president of India, have sent their congratulations and best wishes since her inauguration. She stands as an inspiration for many!

From Arts and Journalism background, Yashika is a graphic designer and content writer living in Delhi. When not working, you’ll find me eating pasta, travelling, reading books, drinking coffee or painting. Join me as I learn more about myself and show you how to love life daily!