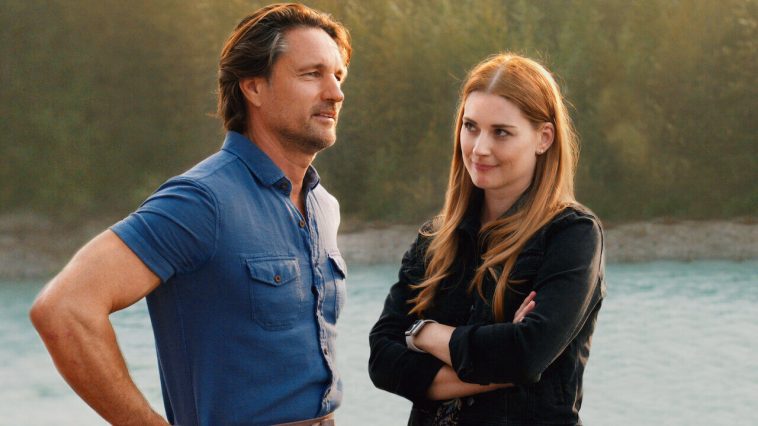 Here’s a list of five web series you need to watch right now. These web series have taken the internet by storm, and you shouldn’t miss watching them.

Never Have I Ever, one of Netflix’s most popular teen dramas takes the internet by storm after the release of its long-awaited second instalment. The series, which stars talented actors such as Maitreyi Ramakrishnan, Darren Barnet, Richa Moorjani, and Jaren Lewison, revolves around the storey of an Indian American girl caught in a love triangle and trying to figure out her inner emotions.

Season 2 of “Never Have I Ever” maintains the perfect balance of heart and humour, with a sting lurking beneath the surface. It’s difficult to replicate the miracle of the first season, but Season 2 has its own unique flavour. Devi is juggling high school, dating shenanigans, curfew, and her conventional bossy Indian mom this time. The storyline of the show and the comparative arcs of the ten-episode season are at times predictable, but what makes it worth one’s time is the snazzy dialogue, smart banter, and outrageous pop culture references liberally sprinkled throughout. What are you waiting for if you haven’t seen both seasons?

The show, based on Robyn Carr’s Virgin River novel series, follows Mel (Alexandra Breckenridge) as she returns to her hometown of Virgin River to resume her nursing career after a tragedy. The fans of the show were eagerly waiting for season 3 and finally, it was released on 9th July. Part 3 is emotionally intense and full of surprise and manages to create perfect balance throughout the series. Shot against the gorgeous backdrop Virgin river doesn’t shy away from showing the harsh reality of life.

The show introduces the new addition Zibby Allen’s Brie Sheridan and her romance with Brady. Their romance creates curiosity amongst viewers. Whether it’s Lizzie and Ricky’s relationship or Teryl Rothery’s Muriel and her friendship with Doc VR3 tells the story of hope, friendship and love. Season 3 got off to a slow (and expected) start, but like a soap opera, it revels in its peace as much as its war. Season 3 follows the same episode structure as Season 2 of Virgin River. What do you prefer: thrills or chills?

3.Breathe Into the Shadows

Breathe: Into the Shadows shares very little with the first season; it’s simply a conceptual sequel that attempts to tell the same story that the first series, which starred Madhavan and Amit Sadh among many others, also posed: how far will a father go to save his kid? Avinash Sabharwal (Abhishek Bachchan), a well-to-do psychologist residing in Gurgaon, and his chef wife Abha (Nithya Menen) are caught up in a nightmare after their 6-year-old daughter is abducted.

In order to save their child, the kidnapper approaches the couple nine months later and asks them to carry out a series of murders on his behalf. The murders appear to have a thematic link to Ravana mythology and the 10 negative feelings that complete him: frustration or krodha, lust or hawas, ego or ahankara, dread or bhay, and so on. Even though the show isn’t as good as the first season, it’s still entertaining.

Getting Gillian Anderson on your show could be one of the keys to success. Netflix’s Sex Education, now in its second season, remains one of the smartest and most inclusive shows in the comedy lineup right now. Despite its early release in 2020, its sophomore season avoided the unfeasible lull that so many shows experience: not knowing where the storey will go in Season Two.

The endearing performances and fundamental empathy remain, making this a worthwhile return. Rather than floundering, Sex Education took the time to invest more deeply in characters other than Otis. The payoff is a diverse slate of storylines for the third season, which is set to premiere in 2021. Later episodes of the season effectively return to the things that only this show, and only this show, can do so well. It’s a welcomed addition to what made the series so memorable in the first place.

Manoj Bajpayee is a fantastic actor. I’ve seen very little of this guy, which makes me doubt the character he plays. But whenever I see him in a role other than Srikant Tiwari, I will remember him as Srikant Tiwari. That’s how convincing he is in The Family Man. Both seasons of this series are simply fantastic.

Manoj Bajpayee reprises his role as Srikant Tiwari, who is battling to fit into a life of corporate drudgery. As his friend JK informs him in an early scene, saving the world is no longer his job. When his marriage begins to unravel, Srikant turns to the only safety net in his sentimental closet: his former job as a covert operative for a shadowy government agency. But the stakes are higher this time. It’s briskly paced, flawlessly performed, and endearingly unrefined.

Pursuing food technology and trying to make it big. Kavya loves reading, learning and believes that life can be anything but predictable.