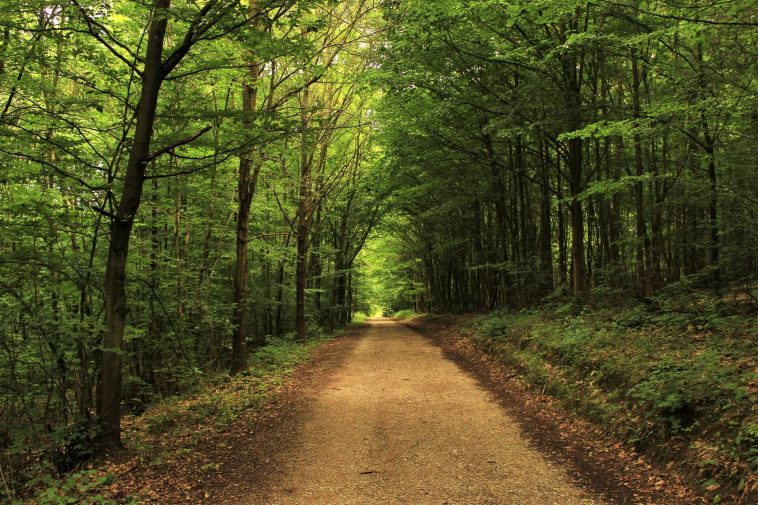 The preservation of Indian wildlife and its ramifications is starting to bear fruit. Ecological resources have been recognized, and plans have been developed to ensure the safety and security of wildlife resources. Trees have been planted, sanctuaries and reserves established, and a strict anti-poaching law has been enacted. The relatively powerful environmentalist lobby is working hard to promote animal-saving projects. The Indian Forest Reserves are a living testament to the helping hands extended by Indian environmental activists and animal lovers alike. Here’s a list of eleven forest reserves to visit in India.

Corbett National Park was created in 1936, the first wildlife park in India. Besides Tiger and Asian Elephant, the area is known for a large number of sub-Himalayan species and in the summer an equally large number of breeding migrants that come from north Indian plains and peninsular India. We can expect to see Kalij Pheasant, Great Slaty Woodpecker, Great Hornbill, Himalayan Pied Kingfisher, Tawny Fish Owl, both Pallas’s and Lesser Fish-eagles, Hooded Pitta, Grey Treepie, Black-winged Cuckoo-shrike, Blue-throated Flycatcher, and Rusty-cheeked Scimitar Babbler.

The Dudhwa Tiger Reserve is located in the Terai region of Uttar Pradesh, near the Indo-Nepal border, and comprises Dudhwa National Park, Kishanpur Wildlife Sanctuary, and Katerniaghat Wildlife Sanctuary. The terrain of Dudhwa ranges from grasslands to one of the finest Sal forests in India and marshland, which makes Dudhwa a paradise for wild enthusiasts. Dudhwa is famous for the threatened Western Swamp Deer (Rucervus duvaucelii) and Tiger; other animals like Sambar Deer, Hog Deer, Barking Deer, and Spotted Deer, Jungle Cat, Leopard Cat, Sloth Bear, Honey Badger, Indian or the Great One-horned Rhinoceros can be seen here. The Katerniaghat Wildlife Sanctuary is famous for the Critically Endangered Gharial and Endangered Gangetic Dolphin. Dudhwa is also a birder’s paradise with over 400 species recorded here. It is one of the last refuges of the Critically Endangered Bengal Florican. It also harbours birds like Swamp Francolin, Pallas’s Fish-eagle, Sarus Crane, Lesser Adjutant, White-rumped Vulture, Slender-billed Vulture, Red-headed Vulture, and six species of drongos, namely Hair-crested, Greater Racket-tailed, Lesser Racket-tailed, Crow-billed, White-bellied and Black Drongo.

The Ranthambore National Park in Rajasthan is one of India’s royal national parks. It is one of India’s top ten wildlife preserves. The majestic Tigers are the national park’s pride and joy. This park, which is surrounded by the Banas and Chambal Rivers, offers an effective natural environment for the park’s predators and other animals. This park is home to a variety of animals, including leopards, nilgais, wild boars, sambars, and hyenas. Visitors to Ranthambore National Park love going on Tiger Safaris.

Kaziranga National Park is India’s and the world’s only natural habitat for threatened One-Horned Rhinos. Kaziranga National Park, located in the Assam district of Golaghat, is one of the biggest wildlife sanctuaries for exploring Northeast India’s wildlife. It is also one of India’s top ten national parks in terms of visitor numbers. Don’t miss out on seeing the wildness of this place on your next trip to the Northeast. This park is also known for having a large number of tigers and other fauna. Kaziranga National Park was designated as a Tiger Reserve Forest in 2006 due to its high concentration of tigers. Elephants, wild buffaloes, and swamp deer are among the other animals. A large number of migratory birds visit the park as well.

The Bhadra Wildlife Sanctuary is a must-see destination, surrounded by both dry and moist deciduous forests, as well as semi-evergreen forests. This is the ideal location for visitors to experience and marvel at nature’s wonders. It is a diverse habitat for a wide range of plants and animals. The Bhadra River is one of the sanctuary’s most popular attractions. It is a popular destination for wildlife explorers and photographers. This park’s wildlife safari is a must-do for adventurers who want to see the diversity of God’s creations.

The Tadoba Andhari Tiger Project, a Tiger Reserve in Maharashtra’s Chandrapur district, is the state’s oldest and largest national park. Carnivores found in this park include Bengal Tigers, Leopards, Striped Hyenas, and Jungle Cats. Herbivores include Sloth Bears, Gaur, Nilgai, and Spotted Deer. Because of the park’s geographical topography, the forests in this park are always green. Axle-wood, a fire-resistant tree species, is commonly found in this park. Among the other species, Black Plum, Arjun, and Palas are the most common.

The lush forests and marshlands of Nagarahole National Park in southern India, also known as Rajiv Gandhi National Park, are one of the country’s premier tiger destinations. The park is surrounded by Western Ghats hills and is home to fragrant sandalwood and teak trees, dense bamboo groves, and dozens of winding streams. A jeep safari is an ideal way to see big cats, while a leisurely drift down the Kabini River in a coracle—a small round boat—provides excellent viewing opportunities for aquatic birds, crocodiles, and Indian elephants. The park is open all year, but during monsoon season in July and August, it may close due to flooding. It is best visited as part of a regional tour that includes visits to Karnataka’s beaches, hill stations, and the beautiful city of Mysore (Mysuru).

Hemis National Park, high in the Himalayas, encircles snow-covered crests and alpine tundra at India’s northernmost tip. Most visitors come in the summer when Buddhist prayer flags flutter in the sun, but the park is a picture of sparse beauty all year. “Visit Hemis in winter,” advises Paley. “That’s when landscapes are starkest.” It’s also the ideal time to see the park’s main attraction: snow leopards. A new count is on the way, but the WII reported in 2013, citing a 2013 estimate, that 3,920 to 6,390 snow leopards may still exist in the wild. Hemis most likely has the densest population, but sightings are uncommon. Leh, the region’s main city, is about an hour’s flight from Delhi and is 11,500 feet above sea level, so plan accordingly.

The Mahatma Gandhi Marine National Park is made up of 15 forest-covered islands that are enveloped by coral reefs and are residence to native peoples. Tourism is just getting started here, and only two islands—Jolly Buoy and Red Skin—are open to the public, providing visitors with a profound sense of isolation. “Finding a king cobra on her nest, visiting the home of the endemic Narcondam hornbill, watching manta rays feed in the current. These have been my most precious experiences in 40 years of visiting the Andamans,” Rom Whitaker, a National Geographic filmmaker and the co-founder of the Andaman Nicobar Environment Team, concedes. Arrival is via Veer Savarkar Airport in Port Blair, 600 miles east of India. From June to August, most activities are closed due to the monsoon.

Pursuing food technology and trying to make it big. Kavya loves reading, learning and believes that life can be anything but predictable.